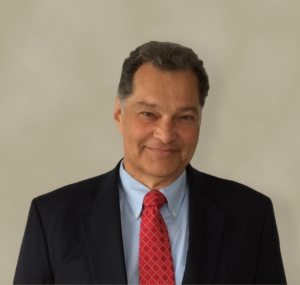 The Law Offices of Eric Mercer is a small yet focused and personal family law attorney that is based in the Hingham, MA area. From divorce to parenting plans and father’s rights, we offer assistance in a wide variety of different legal fields related to family law. Instead of focusing on a large expansive office that seeks to gain profit, we scale down our operation to ensure that every customer is met with a personalized service that speaks to their individual needs and problems. There’s no outsourcing and no hierarchy here–Eric Mercer is the one that will answer your calls and deal with your issues to find a solution.

We believe that this gives our clients the utmost confidence in our abilities. Our personal approach means that you have more control over the process and that you’ll be given impartial information at every step that is designed to help you overcome your family law-related issue. So if you’re in the Hingham, MA area and are in need of a specialist that can assist with your family law-related issue, get in touch with us today to see what services we can provide you with.

Hingham is a historical town located in the state of Massachusetts roughly 15 miles south of Boston. Named after the English town of Hingham in Norfolk, England, it was first settled by English colonists in 1633 and was dubbed the “Bare Cove” until two years later when it officially became the town of Hingham.

As part of Plymouth County, Hingham is one of the most desirable places to live in Massachusetts. With a population of roughly 23,000 people in a suburban environment with plenty of popular amenities and local entertainment, it’s a sought-after location for single professionals and growing families alike. Hingham is a member of the Massachusetts Bay Transportation Authority (MBTA) which provides both a bus and commuter rail service, giving it convenient transport links to the rest of Massachusetts and beyond.

To the north, you’ll find the World’s End nature park overlooking Hingham Bay with beautiful sweeping views of the Boston Skyline. It’s one of the most famed destinations among locals and is a must-visit for both residents of Hingham and visitors. Towards Hingham Harbor and the city centre and you’ll come across the historic Loring Hall Cinema building, an iconic meeting hall that provided the town with all kinds of social and political events from 1852 till 1936. Today, it serves as a traditional single-screen motion picture house with all of its original architecture preserved.

Hingham is also home to the main entrance to the Wompatuck State Park. Whether it’s bike riding, hiking, camping or the free spring water at Mt. Blue Spring, Wompatuck offers exceptional outdoor recreational activities for all ages and is a major attraction for both locals to Hingham and the neighboring towns. With over 262 campsites and access to Aaron River Reservoir for boating opportunities, there’s plenty to do here if you love to embrace the great outdoors.

Fill out the form below to receive a free and confidential initial consultation.